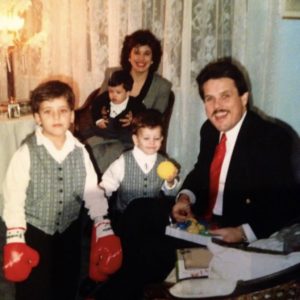 Cesar Arturo Clavero was born on March 28, 1952 in Santa Clara, Cuba to Arturo and Zoila Clavero. He spent the early years of his life with his loving parents in Manicaragua, Cuba. In order to escape Castro’s reach, his parents sent him on his own to live with family in Bilbao, Spain before he was even a teenager. After a few years, he moved, again alone, to Miami, bouncing from home to home and high school to high school.

After putting himself through college, he twice worked himself to the peak of his profession, successfully moved his parents out of Cuba and married Tamara with whom he raised three children. In addition to their own, he helped raise, support and mentor many, many more. He was a husband, father, grandfather, mentor, friend, colleague and absolute legend. He is survived by his unconditionally loving wife Tamara, sons Alexander, Andrés  and Anthony, daughters in law Alexis, Mabel and Didi, granddaughters Stella and Alaia, and two granddaughters coming in November that will know him through the wonderful stories we share and the ways we live our lives in his honor.